One More Peek At The Newspapers 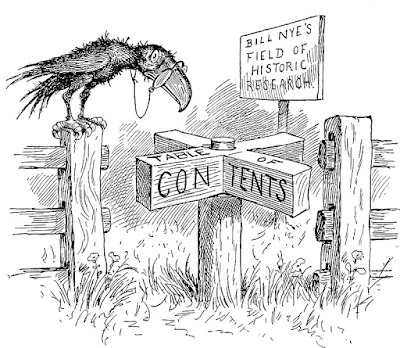 Something told me yesterday, as I separated several chapters from the Human Squirrel Cage manuscript into a new volume, that I needed to plunge into the recesses of the digitized newspapers. That journey resulted in a reworking of the spreadsheet containing the data related to the escapes, attempted escapes, suicides, attempted suicides, fires, the explosion, the honeymoon, the baptism, the execution, and finally the murder of an inmate.

And that descent into the antiquated print resulted in the mining of one more attempted escape and two additional successful escapes. It also revealed a cyclone that struck the town square, causing extensive damage to the business district, the courthouse, and the jail. The information just keeps coming. Although I was a reluctant miner, knowing that the archives are sometimes enlightening and other times dark and void of usable information for my purpose, the effort made me think of Bill Nye, a newspaperman, writer, humorist, and historian in the 1800s, and it made me think of this cartoon from his book The Comic History of the U.S., and looking at it made me wonder if I would ever reach the surface of this book. It's there, I know, just a few more feet above me.