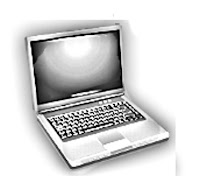 I was thinking about the amount of time spent researching information for the three books I've been trying to finish this year.

The 2018 NaNoWriMo novel, The End Of Things At Dark Island, took much less time, really a few hours in total, to pull data as opposed to the two nonfiction books, The online launch in early December didn't go as well as I had hoped. The Lord willing, the next one will get off to a better start. It is due to launch publicly, in paperback and e-book form on Amazon in January of 2019. While some may describe a couple of my previous novels as cozy mysteries, this one was specifically created to fit that genre.

The Human Squirrel Cage: Nodaway County's Rotary Jail and Thanks For The Hospitality . . . But We Gotta Go have been longtime companions. These latter two books have literally taken years to research, the process not yet being complete. There were other novels, and one nonfiction book, completed over those years as well, so my time has been divided. But, like many authors, it isn't unusual to have more than one project going at a time. It helps prevent the work from becoming stale.

There are more than 7,000 pieces of data pulled for the nonfiction books, not including photographs, and hundreds upon hundreds of articles that had to be read. When they're complete, my notes for the project will, if I do the consolidation side of things correctly, end up being longer than the finished books if combined.

Each time I follow a new line of information to answer a question, I learn something I never knew, either about the county's jails, the prisoners, or the sheriffs who served the office. All three have had to address and overcome significant challenges.