A million gazillion little details. That's what the Human Squirrel Cage jail seems to contain at present - and I'm sure not all of those details in my notes are going to make it into the final manuscript. There may be some additional essays posted here on the blog, with facts I just couldn't work in somehow. We'll see. 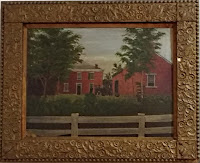 As I go through the rough manuscript now for the second time, rewriting and editing as I go, I came across some details I had forgotten. I'm glad I put them in the first draft. I hope there will be pictures, too. The word processing software I'm using isn't cooperating on pictures. It keeps wanting to throw them around the pages, stripping them out of the location where I originally placed them. It's irritating. Fortunately, the next book, Thanks For The Hospitality . . . But We Gotta Go, won't have as many pictures. It's all about escapes and attempted escapes. and there were only a couple of pictures available related to those. I wish a photographer had been standing around the jail in those moments. Fortunately, the reporters that wrote the original articles did a very good job of asking for details. I appreciate their observation skills.

The Human Squirrel Cage: Nodaway County's Rotary Jail focuses a lot on the rotary jail, in part because of its unique design but also because it was the last one to still be in use as a jail after 102 years, even though it didn't twirl anymore. The book actually contains the history of all four of the county jails in Nodaway County, and makes mention of one or two others, especially the jailhouse at Graham. With the present one still in use, its final history will have to be written later. For now, writing a book that covers 173 years (and counting) of history, even on a single subject, is quite an undertaking. I hope you will enjoy it.

Publication is the key to setting me free from this book so that I can focus on the next one.  There were so many interesting people in our county jails over the last seven-plus decades, like the famous St. Clair County judges, that I have to restrain myself from stopping mid-chapter on the Human Squirrel Cage to work on the next one. We even had a jailhouse poet. Did you know that? You'll read about him in this first book. All those who escaped, and attempted to escape, will be captured in the next one. Wait for it.


The painting pictured above hangs in the Nodaway County Historical Society Museum at 110 N. Walnut, Maryville, MO. It was painted by a local artist from a photograph of the 2nd courthouse, center, and the third county jail, right. In the original photo, c.1881are pictured Sheriff Toel, and several others, two of whom I believe were Charles and Albert Talbott, on the day of their sentencing for the murder of their father, Dr. Perry H. Talbott near Arkoe, MO in September of 1880. Books about or based upon that murder are linked below and available through the Nodaway County Museum or through the  Nodaway News Leader.

The Murder of Dr. Talbott by Janet Hawley
Died Innocent by Don Nothstine
No comments: 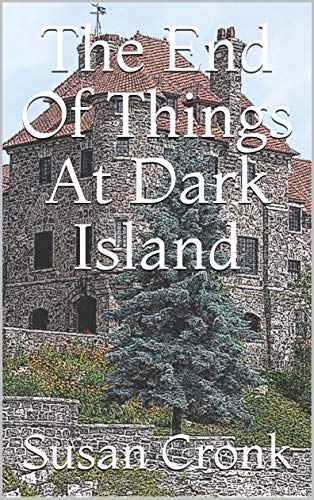 I hope you enjoy the story. It's the first in a multi-book American Castle Mystery series.

In writing this story, I acquired some new knowledge, about the Thousand Islands area of the St. Lawrence River and Millionaire's Row, a little about yachts, docks, and castles, and a smidgen of information about our English cousins across the ocean. Okay. I made up a lot of stuff, too. But that's the fun in writing novels. I renamed a couple of things, moved some secret passages, added a door I needed for the characters to enter and exit through, but it all worked out in the end.

I don't know, yet, which American Castle will be featured in the second book in the series, or just how much trouble Howard and Effie will find themselves in when they arrive there, but their adversary in Book 1 is still on the prowl, so it's likely he'll sneak into Book 2. I hope you will follow my author page on Amazon, my author profile on Goodreads, or follow this blog to get an alert when the next novel is released.

In the meantime, enjoy The End Of Things At Dark Island!


It's only the beginning.
No comments: